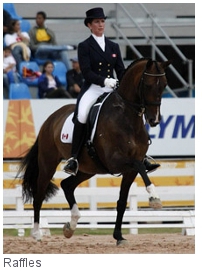 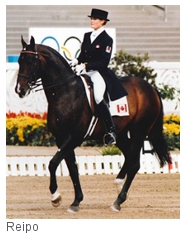 1974 Russi got a brown colt by Emir 471, called Reipo. Reipo was exported to Canada. In 1987 he got approved in USA. He got 98789=41 points for his conformation. Ashley Holzer and Reipo represented Canada at the 1988 Olympics in Seoul where they were member of Canada’s Bronze medal winning team. They placed 6th in the World Cup finals in Sweden 1989. Reipo is father of the Canadian bred Swedish Warmblood mare Raffles. Raffles and Andrea Bresee was member in The Canadian Dressage Team won the Silver Medal at the 2007 Pan American Games in Rio de Janeiro, Brazil. 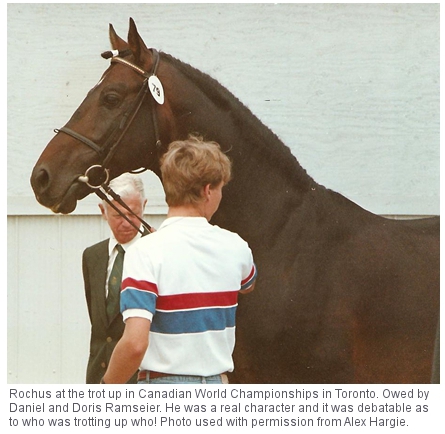 Rochus was exported to Switzerland in 1978. The Switzerland team with Doris Ramseier and Rochus got a bronze medal at the World Championships in Cedar Valley, Canada 1986.